2010 - Writing Women Back into History

“The history of women often seems to be written with invisible ink. Even when recognized in their own times, women are often not included in the history books.”

Woman suffrage in the United States goes back to the early-1800s.  Women were not granted the right to vote until 1920, with the passage of the 19th Amendment.

This year marks the 90th anniversary of this important achievement in women’s history.  Visit the exhibit in the Perry Library lobby through April 15, 2010 to learn more about the Woman Suffrage movement.

Women of Protest: Photographs from the Records of the National Woman's Party,
Manuscript Division, Library of Congress, Washington, D.C. 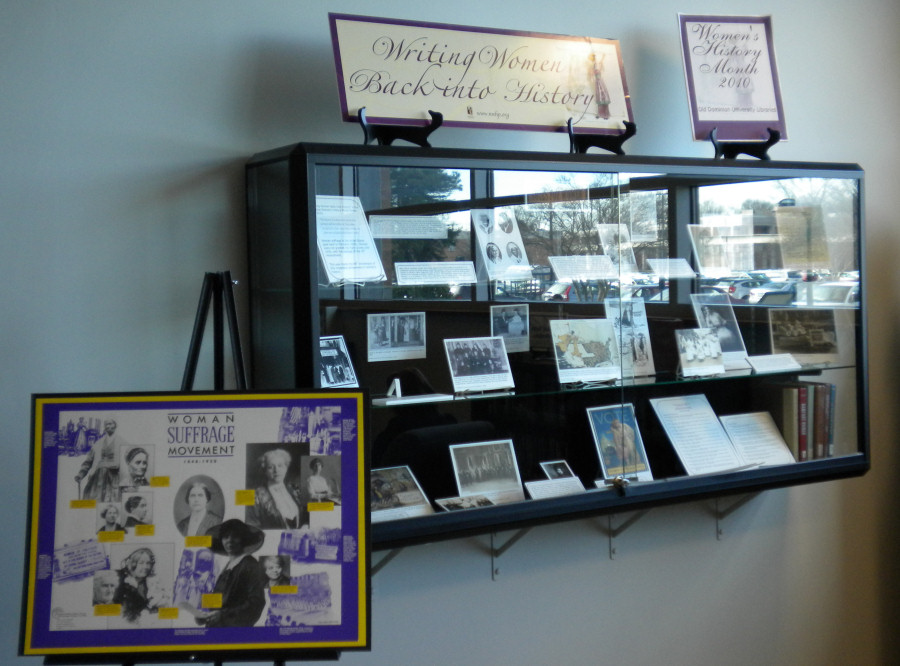