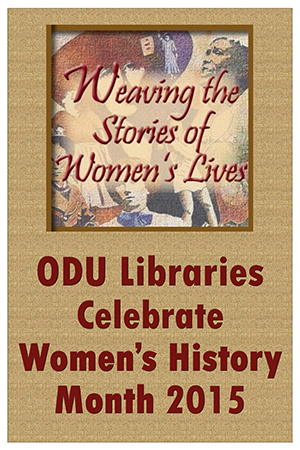 The 2015 national theme is "Weaving the Stories of Women's Lives." Perry Library takes this opportunity to celebrate the 40th anniversary of the ODU Women's Caucus, a group that was formed based on the stories and experiences of women on campus in the 1960s and 1970s. Through materials from the University Archives, the exhibit showcases the early years of the Caucus and the issues they continue to address in building a woman-friendly campus.

A Powerpoint Slideshow (no audio) was created for the 40th Anniversary Celebration of the ODU University Women's Caucus on April 22, 2015.

The Women’s Caucus began in the early 1970s when women on campus became wary about systematic unfairness in salaries and hiring practices. They decided (like Mother Jones):   “Don’t agonize. Organize!” 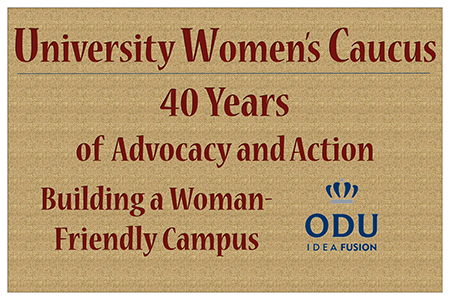